The peoples who still inhabit their own lands struggle day by day to maintain their space and their lives, but a good part of Brazil's "indigenous population" has migrated to urban areas, despite family ties, language, spirituality and the connection to the land of their ancestors. The reason for their departure is often the need to find work, study, or seek health care.

Many indigenous people who migrate live in the city in a situation of vulnerability, without social protection, below the poverty line, and being discriminated against in the job market, in the real estate market, within the health system, and in daily interaction with non-indigenous people. Men are often pressured to provide cheap labor. Women do domestic work with other families or sell traditional art or craft products.

For the children in Brazil today, there is no safe place. The indigenous child is in danger everywhere. In the villages, they are victims of a system that forces the implementation of enterprises that invade the communities, of the denial of land demarcations, and often of the lack of health care and the reduction of living spaces for indigenous families, which makes it impossible even to plant products for subsistence. In the cities, many children only attend school for a short time, because from an early age they must work to help the family survive according to UNICEF

Research by the magazine Saúde e Direitos Humanos (Health and Human Rights) on indigenous health in Brazil shows that they have a much higher risk of malnutrition and abuse. Racism and gender discrimination are some of the issues that guide the cruel decision of authorities in some states to take children away from their families, handing them over for adoption to non-indigenous families without the family's consent. Cut off from their origins, they forget their language and customs, lose their connection to their background and history - a history that repeats itself from time to time in Brazil.

10CHILDREN puts the lives of indigenous children in the spotlight. How do the children deal with their reality, whether in the city or in the villages? What is their family history? What is their daily life like, what are their limitations, possibilities? What is their position in the family, in the society they inhabit?  Do they have a fair chance to connect with their ancestral heritage, without going through discriminatory processes, regardless of where they are? And how do they see their future? 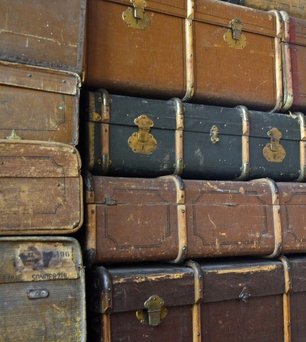 As of May 2021 Michele Menezes and Naine Terena are working on the 10CHILDRENdocuments Brazil. They collect a variety of material to serve as inspiration and guidance for the different artists working on 10CHILDREN.

The aim of this material is to get a good first insight into the life and situation of the children from different perspectives. Let's call it a suitcase that everyone can use. A suitcase full of concrete stories of children and parents,historical and social background, social position and obstacles, facts and figures,  expert opinions, possible key figures and institutions, documentaries, films, literature, photography.

A MOVIE WILL BE ADDED 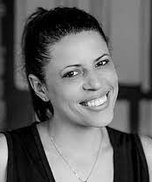